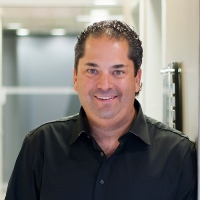 Wayne Kimmel is a sports tech venture capitalist, entrepreneur and the author of Six Degrees of Wayne Kimmel.

Wayne has been named a Top Innovator by Philadelphia Magazine and is on the Philadelphia Business Journal's Power 100 list.

He is the Managing Partner of SeventySix Capital, the venture capital company he founded in 1999, and invests in startup consumer facing tech companies in the sports, health and retail industries. Wayne has invested in over 50 startup technology and healthcare companies, including SeamlessWeb (now public as GrubHub, Take Care Health Systems and Nutrisystem. Among the Fortune 500 companies that have acquired his portfolio companies are Aramark, Intel, IBM, Walgreens and Yahoo!

With a rise in global entrepreneurship and the inclusion of technology in sports, Wayne focuses part of his investment strategy on sports, sports betting and esports. At SeventySix Capital, Wayne was an early investor in Whistle Sports, a global sports media company, Philadelphia-based N3rd Street Gamers, a community of competitive and recreational video gamers that produces a series of esports tournaments, leagues, and casual gaming events, and Vegas Stats & Information Network (VSiN), the first media network dedicated to delivering the news, data and expert analysis of the rapidly growing sports betting industry, co-founded by acclaimed sportscaster Brent Musburger.

Wayne, Jon and Ryan are also a partners in Rubicon Talent, a sports marketing and talent agency with a wide range of clients including NFL and NBA stars, Hall of Famers, MVPs, Heisman Trophy winners, Olympic icons, media personalities, and celebrity chefs.

Wayne is on the Board of Einstein Healthcare Network and was on the Board of Jewish Federations of North America, Jewish Federation of Greater Philadelphia, and the Kimmel Center for the Performing Arts. He is a graduate of the University of Maryland at College Park and the Delaware Law School. He is passionate about Philly’s pro sports teams and about working to make the world a better place.