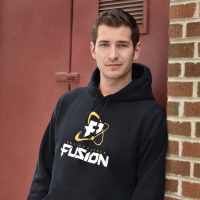 Tucker Roberts currently serves as the President of Comcast Spectacor’s Spectacor Gaming division and the company’s Philadelphia Fusion esports franchise that competes in the Overwatch League. In this role, Tucker is responsible for driving the sustained success of Comcast Spectacor’s esports business, as well as the Fusion’s day-to-day operations in Los Angeles. Reporting directly to Comcast Spectacor Chairman and CEO Dave Scott, Tucker leads the organization’s strategic growth within the esports space. In 2019, Tucker has provided direct oversight of the company’s expansion into global markets and League of Legends, the most popular esport in the world. In addition, Tucker has guided the creation of Fusion Arena in the Philadelphia Sports Complex, which will open its doors in 2021 and stand as the largest new construction, purpose-built esports arena in the Western Hemisphere. Tucker joined Comcast Spectacor as a strategic advisor in September 2017, shortly after the company announced the establishment of its Philadelphia-based esports franchise in the new Overwatch League. Tucker was named President of the Fusion in January 2018 and since that time, he has played an instrumental role in formulating the Fusion’s international roster of players and coaches, as well as the creation and launch of the team’s brand. Prior to joining Comcast Spectacor, Tucker acquired several years of experience working in esports with industry leaders Activision Blizzard and Electronic Arts. Tucker first developed his interest in the rapidly growing space during a summer internship while studying at The Wharton School. Tucker earned a B.S. in Marketing and Management from The University of Pennsylvania in 2013, and currently lives in Los Angeles.