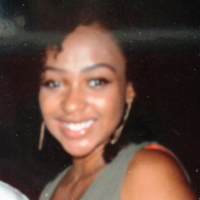 Now a Business Analyst at Comcast, Naomi has overcome tremendous obstacles to build a life for both herself, and her son, Kingston.

While attending school and completing the Hopeworks training, Naomi felt a huge sense of responsibility to also take care of her mom and sisters. At one point, she found herself in an unsafe and toxic environment. Despite these obstacles, she never let adversity hold her back from her dreams or her future. She recalls the support and mentoring she received from the staff as her favorite things about Hopeworks, and a significant source of motivation during difficult times. Naomi finished web design training in a few short months, moved into the CRIB, and successfully completed internships in Hopeworks’ training room, the Salesforce department, and the Development department. It was during her time as a Salesforce intern that she became interested in earning her Salesforce Certification. Even though her journey to certification was not easy, Naomi remained hopeful and never gave up. Her dedication paid off when she became Salesforce Certified in November of 2016.