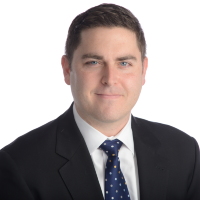 Joe Marsh currently serves as the Chief Business Officer of Comcast Spectacor’s Gaming division and the company’s Philadelphia Fusion esports franchise that competes in the Overwatch League. In this role, Joe provides direct oversight of business operations for Spectacor Gaming and the Philadelphia Fusion. Reporting directly to Tucker Roberts, Joe oversees logistics and operations of the company’s expansion into global markets and League of Legends, the most popular esport in the world. In addition, Joe is spearheading the creation of the Fusion’s future home arena in Philadelphia, which will open its doors in 2021 and stand as the largest new construction, purpose-built esports arena in the Western Hemisphere. Joe was named Vice President and Chief Financial Officer of the Fusion in 2018, providing direct oversight of financials for the team, including budgeting, forecasting, and long-range planning. Prior to joining Spectacor Gaming and the Philadelphia Fusion, Joe was Senior Director, Financial Planning &amp; Analysis for Comcast Spectacor, where he was responsible for the development, coordination, consolidation and communication of annual budgeting, long-range planning and forecasting functions for Comcast Spectacor’s core businesses.   Joe began his career at Front Row Marketing Services (now Spectra Partnerships) in 2005. Over a span of seven years, Joe held several financial positions where he managed sponsorship and naming rights analysis, budgeting and forecasting, long-range planning, as well as the day-to-day accounting and finance functions.     Joe graduated with a degree in Marketing from Millersville University and later earned his MBA in Finance, Analytics and Strategic Management from Villanova University.  He lives in the Philadelphia area with his wife and children.