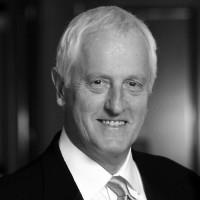 Garrett Brown invented the Oscar-winning Steadicam® stabilizer and used it on nearly 100 movies beginning with ‘Rocky’. His Skycam®, Mobycam and Divecam still pursue athletes worldwide and in ‘09 chased their inventor into the Sports Broadcasting Hall of Fame.

A legend in Hollywood for 40 years, Garrett still lives and works in Philadelphia, venturing out around the globe to teach camera workshops and inventing seminars.

Brown is a 2013 inductee into the National Inventors Hall of Fame, but he is neither a scientist nor an engineer—just an extraordinarily motivated, at-times comically challenged, incredibly persistent human being.