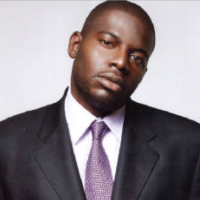 “I’m passionate about getting my clients a fair shot at achieving their dreams. I work diligently to ensuremy rap artist get the same chances as any country artist and my R&B artist have access to the same tools and opportunities as a rock band”.

Michael “Blue” Williams, without a doubt, is an entertainment industry game-changer. With a management career spanning more than two decades, Blue has guided the careers of some of the biggest names in entertainment; Outkast, Nick Cannon, Eric Benet, Ceelo Green, Macy Gray, Nas, Faith Evans, Big Sean, just to name a few. He is also credited for helping to discover and launch the career of teen sensation Cody Simpson.

With Blue at the helm, artists have sold more than 50 million albums combined. Beyond music, Blue has created business opportunities that many artists only dream of. Whether it is helping to develop lucrative portfolios or expanding their influence across industries like television, film, fashion, and technology, Blue has earned the moniker, The Best Manager. His success, loyalty and out-the-box solutions are what make him the manager to call when artists are ready to take their career to the next level.

Success did not come easy for Blue and a career in entertainment wasn’t something he considered as a young man. He grew up on Sedgwick Avenue in the Bronx, an area otherwise known as the birthplace of Hip Hop. It was a place where hanging in the park also meant watching Slick Rick and Dougie Fresh battle. While music was a natural part of his life, it wasn't where Blue saw his future. Instead, he attended Central State University with a goal of becoming a lawyer or working in law enforcement.

A chance meeting with Jodeci changed the trajectory of his life. He recalls, “We clicked so they invited me to come hang with them in Chicago and Detroit. Being backstage at the concerts, hanging in the hotel, all the excitement and energy got me hooked.” Being “hooked” turned into an opportunity to work as a “roadie” for Jodeci. That opportunity coupled with his persistence and dedication, landed him a series of promotions. He quickly rose through the ranks from “roadie” to road manager. Blue’s hard work also got him noticed by Queen Latifah’s manager and owner of Flavor Unit Management, Shakim Comper who hired him as manager. In that capacity, Blue worked with a variety of artists, managing their careers, creating partnership opportunities and developing tours. In an industry built on reputations and relationships, Blue created a name for himself and was promoted to President of Flavor Unit Management.

The success of OutKast led to his desire to branch out on his own. In 1998, he amicably parted ways with Flavor Unit Managementto create Family Tree Entertainment, a management company with an independent record label, as well as a film and TV division. In January of 2010, Blue forged a management deal with Primary Wave Music that allowed both companies to leverage the assets of the other. This partnership allowed Blue to expand the reach and effectiveness of his brand while creating additional revenue streams for Primary Wave Music. In September of 2011, Blue orchestrated the lucrative deal that merged Primary Wave Musicand Violator Records, creating Primary/Violator.

Blue partnered with Nick Cannon, the one-man entertainment mogul to create Ncredible Management & Brand Solutions, a full service management company with a record label and marketingarm. They are poised to make major waves and cause a seismic shift in the industry.

Passion mixed with the ability to make the impossible possible, means there are great things to come with Michael “Blue” Williams’ name on it.