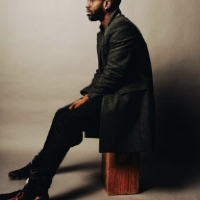 Bryan-Michael Cox is an American record producer and songwriter who is notable for his extensive work with multiple platinum-selling artists including Usher, Mariah Carey, Mary J. Blige, and Toni Braxton.[1] Among his most notable productions are "Be Without You" for Mary J. Blige, "Burn", "Confessions Part II" and "U Got It Bad" for Usher, and "Shake It Off", "I Stay In Love" and "You Don't Know What To Do" for Mariah Carey.

Cox also attained a Guinness World Record for the longest consecutive period of chart success (after spending over five years on the Billboard chart continuously), breaking the record previously held by The Beatles. After growing up in Houston, Texas (where Cox was good friends at high school with Beyoncé, often producing records for the members of Destiny's Child before they signed with Columbia Records), Cox relocated to Atlanta to pursue his professional music career and soon established a close working relationship with his frequent production partner Jermaine Dupri.

During his career Cox has been responsible for over 100 million album sales,[2] 35 number one hits, and 12 Grammy Award nominations (including 9 wins). Cox is widely regarded as one of the most critically acclaimed and commercially successful songwriters and producers in the history of contemporary R&B. In 2009, Cox was inducted into the Georgia Music Hall of Fame for his outstanding contribution to music.