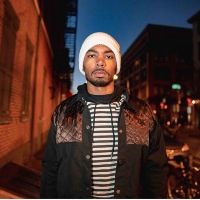 CEO and Founder of Golden Community Jordan Bailey is an emerging music executive with 7+ years of strategic management and marketing experience. He began by working with Missy Elliott, Yandy Smith, Sharaya J and Snootie Wild during Howard University Homecoming in 2013 and 2014. He would go on to help lead the guerilla marketing campaign for the 2015 Trillectro Festival that featured Chance the Rapper, Kehlani and D.R.A.M. Jordan has worked as an Executive Coordinator for Grammy Award winning artist Guordan Banks, Bernard “Big Demi” Parker and Brent Celek within the label Bank On It Entertainment, the first indie label to notch a #1 on the Billboard Adult R&B Chart with "Keep You In Mind", which led to him serving as an Assistant Tour and Road Manager for Guordan on "The Definition Of" Tour headlined by Fantasia. Jordan would go on to execute strategy and creative direction surrounding songs such as Meek Mill "Two Wrongs" featuring Guordan and Pusha T, "Hug" featuring Omari Hardwick, and Spotify Singles campaign, which earned a placement on Michelle Obama’s Forever Mine spotify playlist. As a writer, Jordan earned co-writing credits on Banks single “Wanna Be Yours” which was produced by Grammy Award winning My Guy Mars of 1500 or Nothin’ and distributed by Capitol Records/Caroline Records.