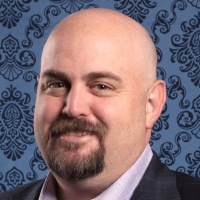 Brian Musburger is the founder and CEO of the Vegas Stats & Information Network (VSiN), the first media network dedicated to sports gambling information. Before launching VSiN in January 2017, Brian spent nearly two decades as a talent agent, negotiating contracts for some of the top names and personalities in sports and entertainment. In that time, he negotiated more than $250 million in sports, broadcasting and media contracts and endorsement deals for a diverse client base of leading figures across industries, including radio and television broadcasting, live television production, columnists, authors, digital content providers, coaches, and sports franchise owners and executives.

In 2012, Brian won a Regional Emmy Award for his role as Executive Producer of “Reporting For Service with Bryan Anderson” a show about service, highlighting Iraq War Veteran Bryan Anderson.